2017 is going to be a big year for men’s fashion, find out what trends are going to be hot for 2017 from Suzanne Bernie, the founder and head stylist at Coathanger. 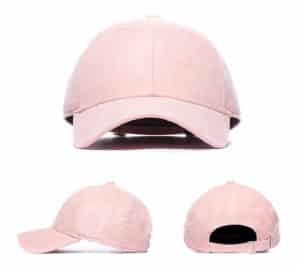 2017’s hottest hue will be pink. Not just any pink, but a spectrum of mellow, almost-drab pinks. Just ask Vivenne Westwood, whose models wore pink pinstripes, or Sacai, who placed boxy, dusty-rose jackets over white mesh. Topman, the menswear counterpart to British trend giant Topshop, opted for crisp salmon suits in their runway looks. Paul and Joe went monochrome pink from caps to sweaters to sneakers. Master draper Haider Ackermann, Barcelona’s Samuel Alarcón… these subtle pinks are popping up all over the runway, and in 2017 they will surely prove a fun, wearable alternative to bland browns and greys. 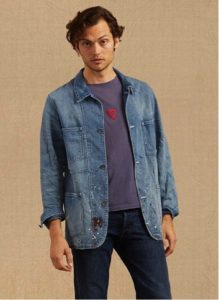 Get ready to embrace the “Canadian tuxedo” in 2017. Balmain, Kanye West’s go-to brand, cloaked models at their Spring 2017 show in full-body blue jean: lace-up tunics, leggings, jackets, and knapsacks in various washes, emphasizing the soft, faded qualities of the classic material. At Christopher Shannon, bright, starchy blues were ripped, stripped, and frayed for a punk effect. Ximonlee’s acid wash tops looked like zoomed-in views of an ’80s jean jacket. Even N. Hoolywood’s slick, scuba-inspired collection had room for some comfy denim. 2017 will continue to test the versatility and couture potential of the beloved blue jean. 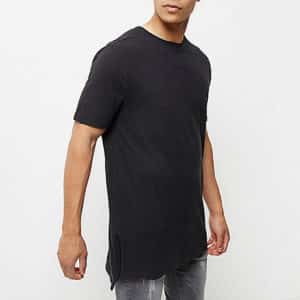 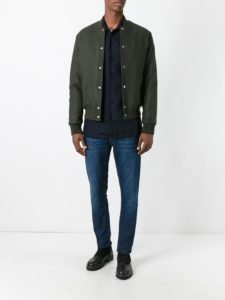 Given the historically limited scope of menswear, designers have spent years imagining and re-imagining the same outfit staples. But judging by the hippest names in fashion, in 2017, the architecture of men’s outerwear is being taken apart at the seams and rebuilt in compelling ways.

Take the grey hoodies from Korean label Piri Reis: cropped to the rib cage, sprinkled with studs, and with one sleeve chopped off. Juun.J displayed olive bomber jackets distended into parachutes. Comme des Garçons riffed on Hans Christian Andersen’s “The Emperor’s New Clothes” with clear PVC raincoats that formed ghostly anti-shape shapes around their wearers. KTZ invoked the future in the form of a floaty, translucent cloak with an astrological print. Balenciaga’s suit coats were caricatures, with exaggeratedly wide shoulders and puffed chests.

Eye-catching arrangements of disparate elements are taking precedence over monochromatic schemes, as seen in J.W. Anderson’s lively collection. Craig Green, Prada, and Gucci also favored cheerful colours, the latter featuring bright Curious-George-esque raincoats. As this trend moves into the mainstream, the unexpected silhouettes will provide a breath of fresh air in a world of navy peacoats.

Suzanne Bernie is the founder and head stylist at Coathanger. Based in London UK, Suzanne works with individuals and companies who want to reinvent their look and expand their fashion horizons. With over 21 years of experience in the industry and having founded Coathanger in 2002, Suzanne and her team  of stylist’s have helped the style conscious find happiness in their fashion choices and educated them in the do’s and don’ts of shopping. Suzanne’s aim is to help you develop a whole new outlook on the role fashion plays in your everyday life.