A receding hairline can be extremely frustrating for a guy. In fact, it is often the butt of every ‘getting old’ joke. However, it is never nice to be on the receiving end of that killer punch line. As much as we try and laugh it off, it still gets us down.

Think of it, if you will, as the classic sign of ageing for guys. Whilst our female counterparts look to their skin for signs of ageing (wrinkles, deep lines & pigmentations) guys look to the visibility of their scalp.

It’s so easy to feel like nothing can get in your way when you’re younger; we’ll stay young forever, right? Unfortunately, nothing lasts forever with our hair included.

Whilst it isn’t a pleasant experience, there are measures you can take to limit your receding hairline. Plus, technology is constantly evolving. Who knows what the future holds? There may be no cure right now for a receding hairline, be we’re sure one day there will be! Millions and millions of guys around the world do and will suffer from a receding hairline and baldness, so developing a cure has to goldmine for the person who does!

Facts about a receding hairline:

What Is A Receding Hairline? 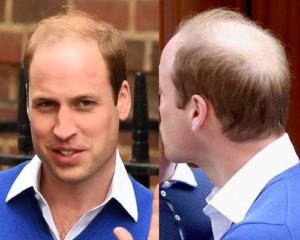 There is a telltale shape of a receding hairline in that the hairline begins to recede with thinning strands of hair around your temples. After time, the hairline creeps back on either side leaving a horseshoe pattern of hair from the ears to the lower back of the head, to the point where the scalp/forehead is exposed. 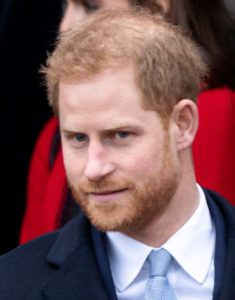 So, now you know what a receding hairline is, what can you do about it?

One of the best, and unfortunately one of the only, ways to combat a receding hairline is by adapting a change of hair style. A hairstyle which works with your receding hairline, as opposed to against it. Luckily, there are plenty of ways to disguise hair that is starting to recede and thin. Discover a wide range of receding hairline haircuts here. This post will focus on the best hair loss-friendly hairstyle – the Buzz Cut.

Get A Buzz Cut For A Receding Hairline

If you’re dealing with hair loss, it’s important to know that not all hairstyles are equal. Some hair cuts can emphasise thinning hair or balding. In turn making your hair loss more obvious, while others haircuts are hair loss friendly, such as the buzz cut.

The best advice we can give you for a receding hairline is “don’t be afraid to go short”, just like so many celebrities have over the years. Leaving too much length can result in hair looking whispery, limp and lifeless. No volume at all. Volume-less hair is the opposite of what you want when you see your hairline disappearing before you eyes.

A buzz cut can be defined as short all over, with the hairstyle being achieved with clippers and not much flair. 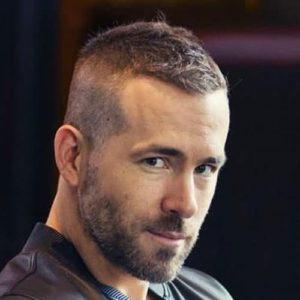 Don’t be alarmed by a buzz cut. Most guys associate this hairstyle with the haircut we used to get as kids, where the hair length on top of your head is the same as the sides. However, buzz cuts have developed significantly over the years with a range of finishes you can ask your barber for. Consider GQ’s 7 types of Buzz Cuts for some receding hairline hair cut inspiration. A classic example of a buzz cut can be seen in the below image of Ryan Reynolds. See, a buzz cut for a receding hairline doesn’t have to be all that bad!

In addition to the receding hairline benefits of a buzz cut, the hairstyle is an extremely low-maintenance masculine hairstyle. As the hair is cut short, the hair won’t kink, curl or flop across your forehead. Helping to save you time in the morning. It’s also super versatile, with guys rocking a buzz cut in the board room to sold out stadiums.

Before & After Images Of A Buzz Cut For A Receding Hairline 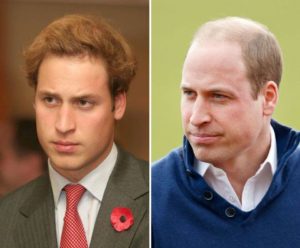 From the future King Of England to one of the Kings of Pop. Unfortunately, Adam Levine has also fallen victim to a receding hairline. Choosing to opt for a buzz cut to help distinguish his hair loss. 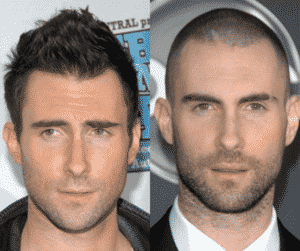