Many people believe that plastic surgery is only an option for women, but it’s not uncommon at all for men to have cosmetic treatments. Every year, more and more men have plastic surgery. There are even some surgeries that are more popular with men than they are with women.

Men of all ages and backgrounds can boost their self-confidence with cosmetic procedures. Some are minimally invasive and are easy to recover from, and others are more complex but produce dramatic results. Here are eight of the most popular plastic surgery options for men:

An eyelid lift, or blepharoplasty, is the most popular cosmetic surgery requested by men in the United States. The procedure removes bags under the eyes, smooths out fine lines, and can even improve vision in some people who have extra skin on their upper eyelids.

One reason eyelid lift surgery is so popular with men is because it leaves minimal scarring. Men are usually less open than women about having cosmetic procedures done, but an eyelid lift will leave practically no trace besides smoother and more youthful eyelids.

During an eyelid lift, the surgeon will make two incisions on the upper eyelid or one incision below the lower lash line. Then, they’ll tighten the muscles and remove or reposition the skin and fat. Once they’ve achieved the desired look, they’ll close the incisions.

Most people stay for one night in the hospital after having this surgery, but it can sometimes be done as an outpatient procedure. You can expect some swelling and redness, but there’s usually not much pain during the recovery period. Some people experience light sensitivity and blurry vision while their eyelids heal.

Gynecomastia is the technical term for male breasts, which can result from a hormone imbalance. Some men have breasts as a result of weight gain, but gynecomastia refers only to hormonal issues. The condition affects hundreds of thousands of men and is a big source of insecurity for many.

Men who develop breast tissue because of weight gain may be able to correct the problem with diet and exercise. For those with gynecomastia, though, surgery is the only solution. The surgeon will use excision and liposuction to remove excess fat and glandular tissue from the chest. Then, they’ll sculpt the chest to make sure it looks natural. The procedure is usually performed under general anesthesia, but some people opt for local anesthesia and a sedative instead.

A rhinoplasty surgery can change the size or shape of your nose to make you feel more confident about your facial features. The procedure can correct an asymmetrical nose, a wide nose, a narrow nose, or a lumpy nose. It can fix functional issues like a deviated septum at the same time. 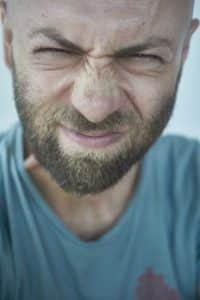 After the surgeon makes the incisions, they’ll lift up the skin to expose the bone and cartilage underneath. Then, they’ll remove and rearrange the bone, tissue, and cartilage until they achieve the desired shape. If they need to add cartilage to your nose, they may remove it from your ear or your ribs.

It takes a couple of weeks for most of the swelling and bruising to go away. Some residual swelling can last for a while, though. Typically, the full results of a rhinoplasty aren’t visible for an entire year.

Many people think that liposuction is only for women, but it works just as effectively for men. The surgery removes excess fat cells from certain areas of the body. For men, the most popular target areas are the love handles, abdomen, and chest. Removing fat from this area will make the torso look more toned and defined, which is a common cosmetic goal.

The traditional procedure is called tumescent liposuction. During this surgery, your surgeon will inject a solution made of saline, lidocaine, and epinephrine into the target area. This makes it easier to remove the fat without causing pain or excessive bleeding. Then, your surgeon will make a small incision and insert a hollow tube into the pocket of fat. They’ll move the tube back and forth to break up the fat cells, and a vacuum pump will remove the fat.

Most people go home the day of the surgery, but some stay overnight in the hospital. You’ll need someone to drive you home and help you out for at least a day or two after the liposuction procedure.

Contrary to popular belief, liposuction is not a weight loss procedure. On average, only two to five pounds of fat are removed during the surgery. The purpose of the surgery is to remove small, stubborn pockets of fat that won’t go away with diet and exercise. Therefore, doctors only recommend liposuction to people who are close to their ideal weight.

A hair transplant is one of the most common cosmetic surgeries for men. Male pattern baldness and hair loss affects more than 50 million men just in the United States. The surgery is an effective option when hair creams and medications don’t work.

A hair transplant surgery involves taking healthy “donor” hairs from a non-balding part of your scalp and surgically placing them into the balding area. The transplanted hair will fall out shortly after the surgery, but new hair will start growing in the healthy follicles after a few months.

The two most common surgical options are FUE and FUT. During FUE, or follicular unit extraction, your surgeon will remove the donor hairs one by one and transplant them individually. This method leaves very little scarring and has an easy recovery period.

During FUT, or follicular unit transplantation, your surgeon will remove and transplant an entire strip of hair all at once. This can produce more natural-looking results, and it’s usually faster and more affordable. However the recovery period is longer, and the surgery leaves more noticeable scars.

A neck lift targets the “turkey neck” that can weaken your jawline and make your face and neck look like it has excess fat. The surgery restores the jawline, reduces a double chin, and makes the neck look longer and thinner.

During the limited neck lift surgery, your surgeon will make smaller incisions around your ear. This method can’t achieve as drastic of a change, but it has a much faster and easier recovery period. With both surgical methods, you should expect some swelling and bruising after the procedure. It can take between two and four weeks to recover.

Chin augmentation, or mentoplasty, is a great option for men who want a stronger, more defined chin and jaw. The procedure uses an implant that adds definition the chin, and the size and shape is custom-fitted to your face.

Your surgeon will make an incision in your mouth between your lower lip and gums. They’ll also make an incision below your chin. Then, they’ll sculpt the tissue and add the implant to achieve a more defined look. After the surgery, you should expect bruising and swelling for about a week. It takes a few months for your chin to completely heal.

There are almost half a million Botox treatments performed on men each year. Botox injections temporarily freeze the muscles in your face, which helps to reduce or remove wrinkles and fine lines. Despite the common belief that Botox makes your face look frozen or unnatural, when done by an experienced professional, it won’t be obvious at all that you had the treatment. You’ll simply look younger, healthier, and more energetic.

Botox treatments are especially popular around the eyes, chin, and jaw. The injections are relatively painless, and most appointments are shorter than 15 minutes. There’s no recovery time needed, so you can immediately go back to your daily activities. You can expect the results to last three to six months.

Dr. Schoenfeld, the medical director of Renu, is double board certified in Facial Plastic and Reconstructive Surgery and in Otolaryngology, Head and Neck Surgery. He performs a wide variety of surgical and nonsurgical cosmetic procedures, including many of the treatments that are popular with men.