We’re not too far off from the holiday season, and it can be challenging coming up with gift ideas for guys. A great gift is something that you know they’ll use, and will excite them. You need to take their personality into account as guys are into a different array of things. Such as male grooming, fashion, and while others might want something a little more whimsical or frivolous.

Here is some inspiration for gift ideas based on what he is into: 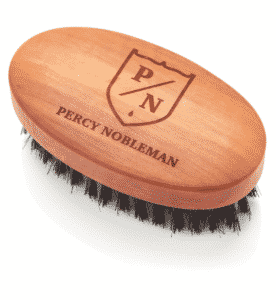 If the gift is for a guy that cares about his looks, then you might wish to give him something related to personal grooming.

For the sartorially-inclined, a tie pin, cufflinks, or a stylish hat might be the way to go. If you know his size, a pea coat can also be very sharp, provided you live in a climate that gets cold at some point during the year.

If he has some facial hair, though, beard brushes have become very much popular with the popularity of beards. There are some great models on the market, so make sure that you select one that has good reviews and is going to last. We recommend the Percy Nobleman Beard Brush from Boots.com.

2. For The Sports Fan

If he can’t get enough of sports, then season tickets to his favourite team are sure to put a smile on his face. Whether he’s into baseball, football, basketball, or something more obscure, there’s probably a professional sports franchise around, and they often have partial season ticket plans if you can’t afford to spring for all the home games.

If tickets are obscenely expensive, as they are for some sports, you could even get him tickets to a single rivalry game. If there aren’t any professional sports organisations nearby, there are bound to be semi-pro or amateur teams, and those events can be fun too.

3. For The Nerdy Man In Your Life

If he likes sci-fi and fantasy, you can score him some tickets to the nearest comic convention. There are massive comic cons in San Diego and New York these days, and if you can send him to one of those, he is sure to have the time of his life dressing up and haggling with the sellers over some rare find.

If you can’t afford to get him a ticket to one of those mega-events, there are also smaller science fiction and comic conventions that take place in cities all across the country.

4. For The Liquor Connoisseur

If your man likes an adult beverage around the holidays, then you probably know what his favourites are. You could buy him a case of his favourite beer, or you could get him a bottle of fine spirits if that’s his fancy. A nice single-malt scotch is a gift worth saving, as is a bottle of high-end vodka or tequila.

5. For The Music Fan

If your man loves live music, then getting him a pair of tickets to see his favourite band when they are on tour is in order. If you like the same artist, then you can go with him. If your musical tastes are different, then he can take one of his friends. Either way, he is sure to have a wonderful time.

If you’re in a loving relationship, then it’s always going to be less about material things and more about the affection you share for one another. It’s always gratifying when you see your man’s face light up, though, and you know that you did well with his Christmas present selection.